SCORE THE DIVISION 2 FOR $3 NOW

Activation: After purchase, your game will be activated automatically in Uplay PC. The download time will depend on your Internet connection 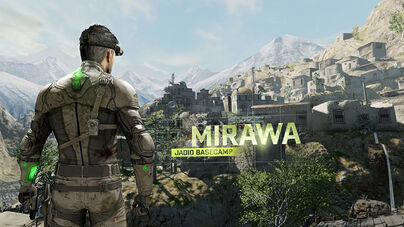 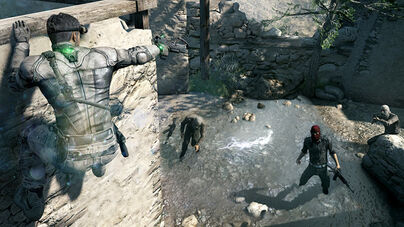 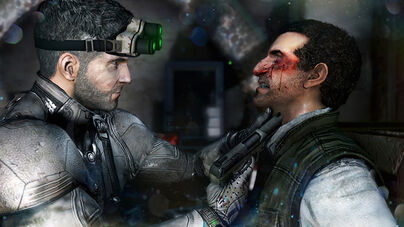 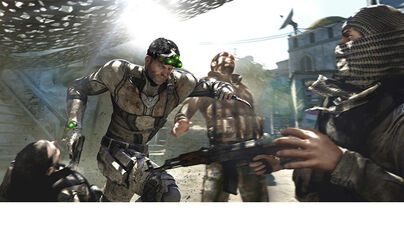 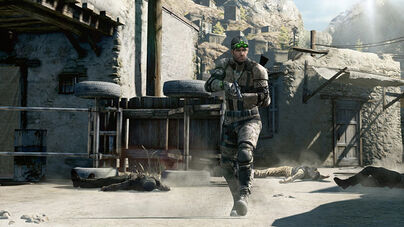 Splinter Cell Blacklist tasks Sam Fisher with the creation a new Echelon unit, built around Anna Grimsdottir, the operations manager, Isaac Briggs as the firepower specialist and hacker Charlie Cole. Each person's skills are frequently tested to the limit in the single-player campaign. If you prefer multiplayer, then Spies vs. Mercs is for you. This mode is a new take on asymmetrical gameplay, and pits teams of four players against each other in competitive missions. There is also a co-op mode, which allows two friends to play together as Sam and Briggs, with carefully tailored narrative and co-op gameplay options.

Get the latest in Splinter Cell Blacklist news and updates via ShadowNet. Find out what your friends are doing, and find new adversaries all in one convenient place. Compare statistics with friends and rivals, work your way up the leaderboards or join a cell and enjoy a whole new world of cooperation and competition. Augment your Splinter Cell experience by downloading the Spider Bot app and taking part in mobile missions that earn you currency, which can be transferred over to the main Splinter Cell game. Enjoy the BlackList experience on the move, and stay connected to your friends at the same time.

While Stealth is the heart of the Splinter Cell franchise, players are not limited to stealth-based gameplay in Blacklist. Exploration is encouraged, and each scenario gives you many choices. Define your own personal play style, whether that is ghosting your way through a mission, using a powerful frontal assault or finding the most efficient, silent and lethal way to take out the enemy. Every play style is rewarded in ways that support the player's chosen actions, encouraging players to be consistent and hone their craft with each and every mission. Are you a ghost, a panther, or an assault specialist?

The Ultimate in Tom Clancy Gameplay

Splinter Cell Blacklist is a refreshing new take on the stealth action genre for PC gamers. Download Splinter Cell Blacklist via UPlay, or pick up a copy from your favorite video game store. Note that PC gamers can also download Blacklist via other digital distribution platforms, such as Steam. Tom Clancy's Splinter Cell franchise is one of the most beloved gaming franchises in the world, and this latest incarnation clearly shows Ubisoft's willingness to innovate and keep the franchise fresh for the next generation of PC gamers to enjoy. Can you help Sam Fisher to stop the Blacklist?

Inspired by the reality of counter terrorist operatives across the world, Rainbow Six Siege invites players to master the art of destruction. Intense close quarters confrontations, high lethality, tactics, team play, and explosive action are at the center of the experience.

Rainbow Six Siege Features:
© 2013 Ubisoft Entertainment. All Rights Reserved. Tom Clancy’s, Splinter Cell, Blacklist, Sam Fisher, the Soldier Icon, Uplay, the Uplay logo, Ubi.com, Ubisoft, and the Ubisoft logo are trademarks of Ubisoft Entertainment in the US and/or other countries. “PlayStation”, the “PS” Family logo and “PS3” are registered trademarks and the PlayStation Network logo is a trademark of Sony Computer Entertainment Inc. Nintendo trademarks and copyrights are properties of Nintendo. Software platform logo (TM and ©) EMA 2006.